The American Red Cross prevents and alleviates human suffering in the face of emergencies by mobilizing the power of volunteers and the generosity of donors.

Memphis, Tennessee, April 14, 2018. April is the month when Americans across the nation celebrate the sacrifices that millions of children have made just by being a member of a military family. Separation from loved ones due to deployment, frequent relocation of residences, the necessity of making new friends and fitting in to different school environments are all part of the norm for children of military families. Most children facing these challenges take these challenges in stride and with dignity and strength, but it’s important to stop and formally acknowledge their sacrifices.

Each April, the American Red Cross of the Mid-South provides a formal occasion to honor military children. This year the event took place at the Memphis Botanic gardens; military families from all branches of service within Tennessee and Mississippi were in attendance. “We must pause for a moment to be able to say thank you. We honor you, those who are fighting for our American Freedom. We are grateful for each and every one of you,” said Laura Vaughn, Executive Director of the Mid-South Red Cross as she opened the ceremony.

Two military children, Trey and Savannah Marshall, proudly led the Pledge of Allegiance. Dare Estok, a Red Cross Volunteer, sang the national anthem. A “Military Kids Serve, Too” video was introduced and shown by Patrick Jones, Service to Armed Forced Specialist. “Let’s remember to slow down and think about those who are serving, which includes our children, said Jones”

Captain Roxanne Tamez, Sector Commander, US Coast Guard, Sector Lower Mississippi River, was the guest speaker. Captain Tamez shared that she had been a military child during the time her father served in the Air Force. She watched his valor and felt proud when he earned accolades during his extensive military career. His accomplishments encouraged her to serve in the military. Captain Tamez gave an inspirational testimony of being steadfast with her mother, while her dad deployed for two years in Taiwan, and did another deployment to Korea. “Because of the strong support at home, I never felt like dad had gone away,” said Captain Tamez.

Kids of all ages—infant, toddler, school-aged, and teen—each received a special commemorative coin from Captain Tamez. Executive Director Laura Vaughn gave the closing remarks and all the participants were invited to enjoy the gardens.

Special thanks go to the Memphis Botanical Garden for their support in honoring children of service members and veterans.

Additional information and resources can be found at: http://www.militaryfamily.org/kids-operation-purple/

This entry was posted on April 24, 2018 by Mid-South Red Cross in Uncategorized. 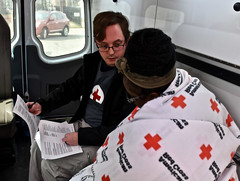 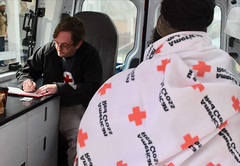 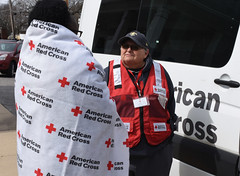 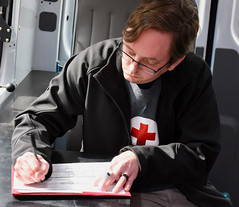 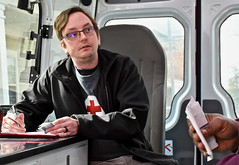